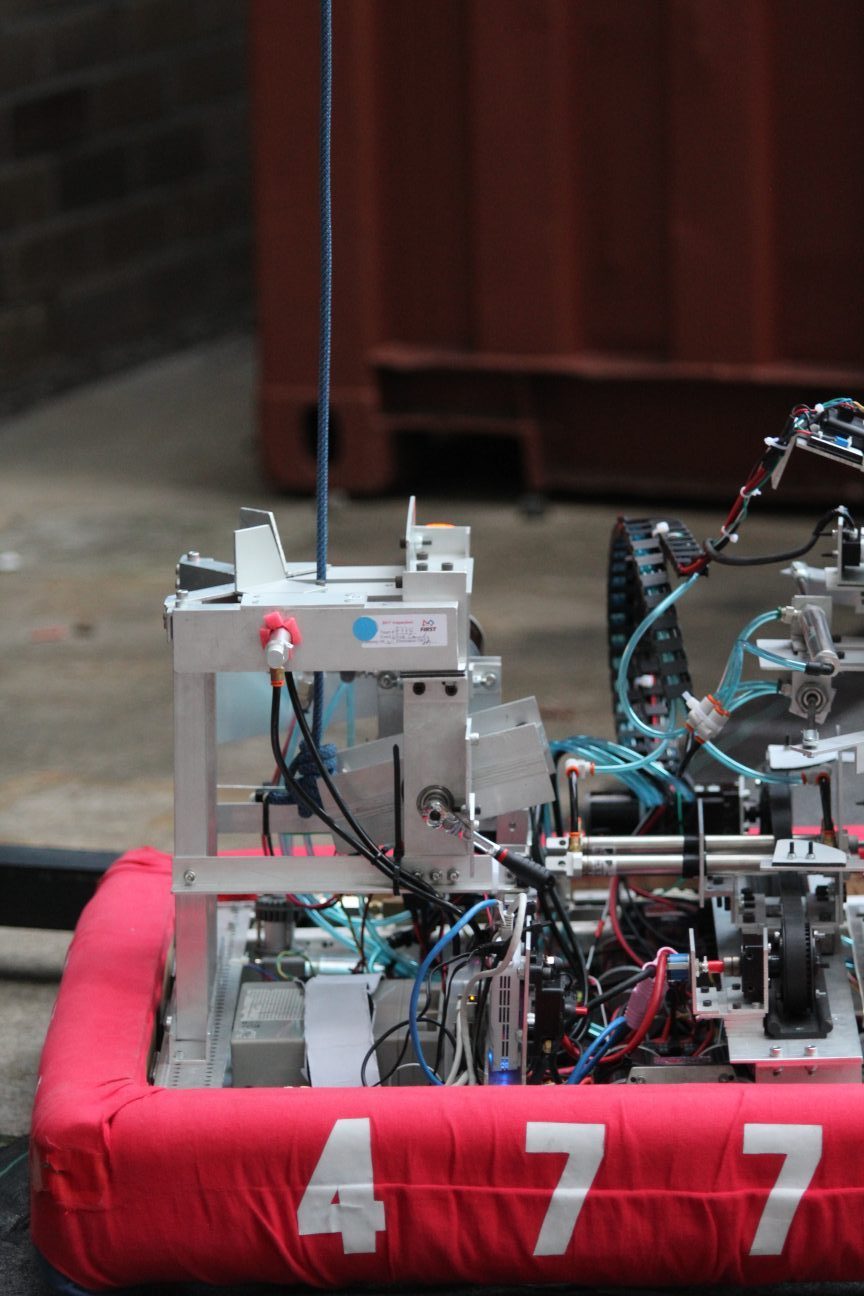 This year’s robot, Cognitive DIssonance, was made for the 2017 FIRST Steamworks competition 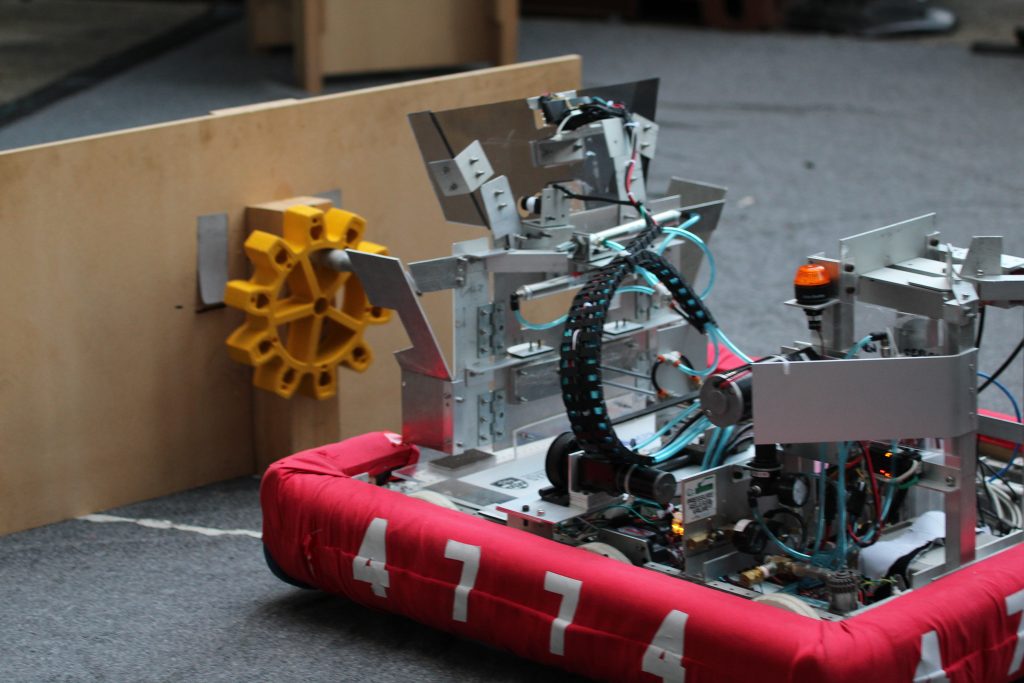 This year’s robot used a winch to climb the robot at the end of the match. It works well and reliably 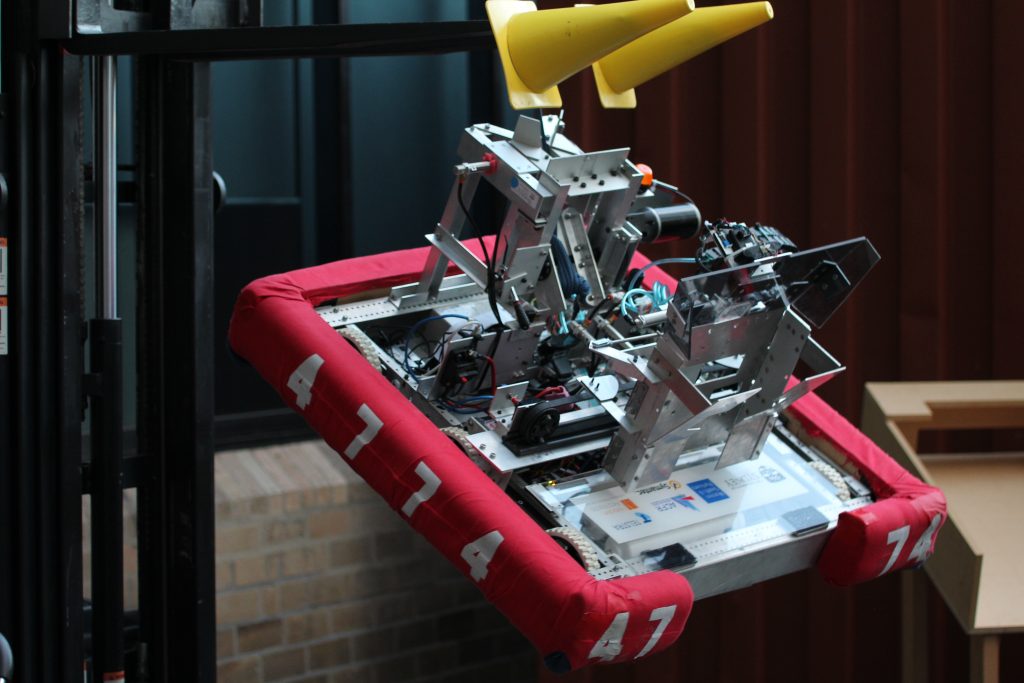 Our robot used an advanced 2-axis deployment system to assist the driver. First, a light emits light. That light is then reflected by the reflective tape back into a camera. The robot’s control software then uses the info to adjust the 2 pistons into exactly the right position, so the driver does not have to be super precise

The game in 2017 required teams to place large cog shaped game pieces on a spring loaded peg in order to score points. This task was difficult for drivers due to the parallax caused by the driver station position, and the difficulty in fine alignment of the robot close to the target. The Drop Bears developed a slewing mechanism to automatically align and deploy the game piece that relied on computer vision to track retro-reflective targets. The driver would bring the robot close to the target then activate the system, which would then take control of the robot for the deployment process. This was also used to score points in the autonomous period at the beginning of each match.

For this mechatronic system the team was awarded the Innovation in Controls Award at the Southern Cross Regional, and the Creativity Award at the Western Canada Regional.