The extended season of 2020-2021 presented a wide variety of problems for us to solve. We were required to intake power cells and fire them into various different goals. Teams could also spin a colour wheel and climb a bar in the final 30 seconds to score additional points. This resulted in a complex, and robust robot which was designed with a strategy in mind.

Our first step was to remove tasks which were not worth pursuing: the best approach was to do a few tasks efficiently and reliably, rather than do everything poorly. We decided to prioritse the collection and shooting of power cells and to climb in the endgame, the colour wheel was deemed to be an inefficient use of time. Our strategy required the ability to quickly cross the field to minimise cycle times, bars across the centre of the field made our swerve drives impractical so the descision was made to use a tank drivebase instead.

More than any previous year, automation took a front role in our robot. We were able to reliably score 6 power cells in the upper goal during the autonomous period. We also ran many of subsystems with minimal human interaction throughout the entire match. The turret, shooter and indexer cooperated automatically to track a vision target and fire the ball in the correct direction at the press of a single button.

The team built a turret that rotated on one axis and used a pair of flywheels to control the distance and height of a shot. This combination gave us impressive flexibility on the field and many choices of firing spots. The system used a combination of sensors to continually track the target so that is was ready as soon as the drivers decided to fire. Our shooter was able to hit the high goal reliably from 11m away giving us an almost full field range. 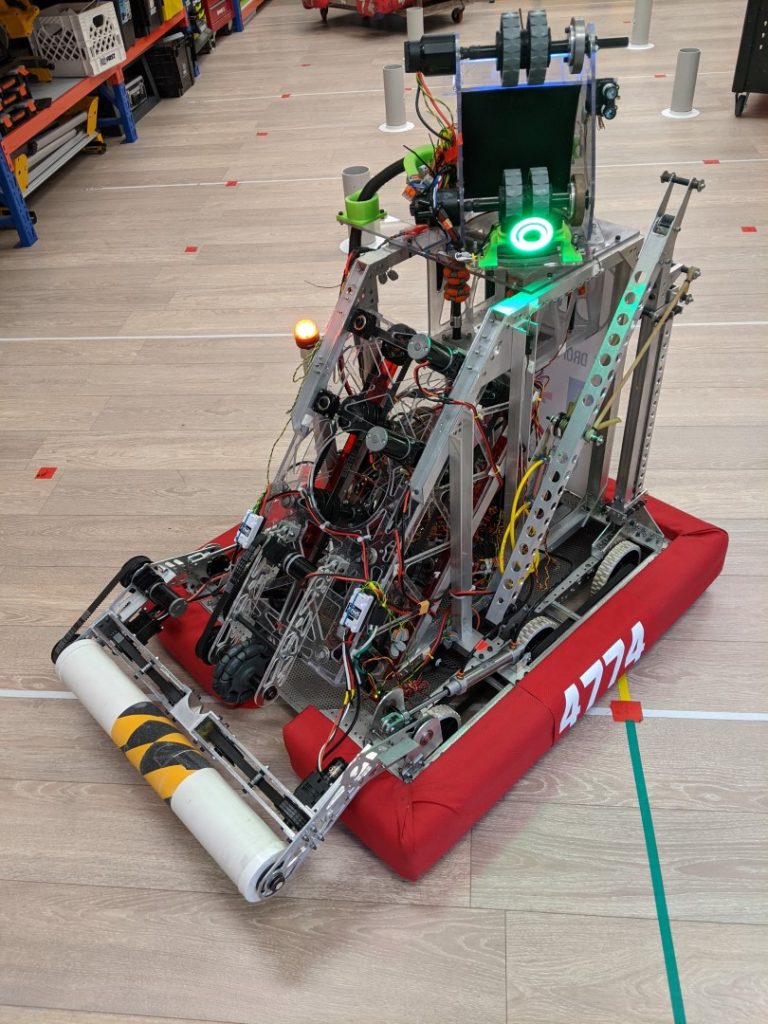 Our intake mechanism used a series of powered rollers to draw balls into the robot. It was actuated by a pair of pistons allowing it to be raised and lowered at will. Once the balls were within the robot, the indexer was responsible for counting and storing them. The indexer stored each ball independently and used sensors to check which cells were occupied. The indexer continually shuffled the balls towards the shooter and released one when firing. We automated the entirety of the indexer so that drivers could focus on driving. 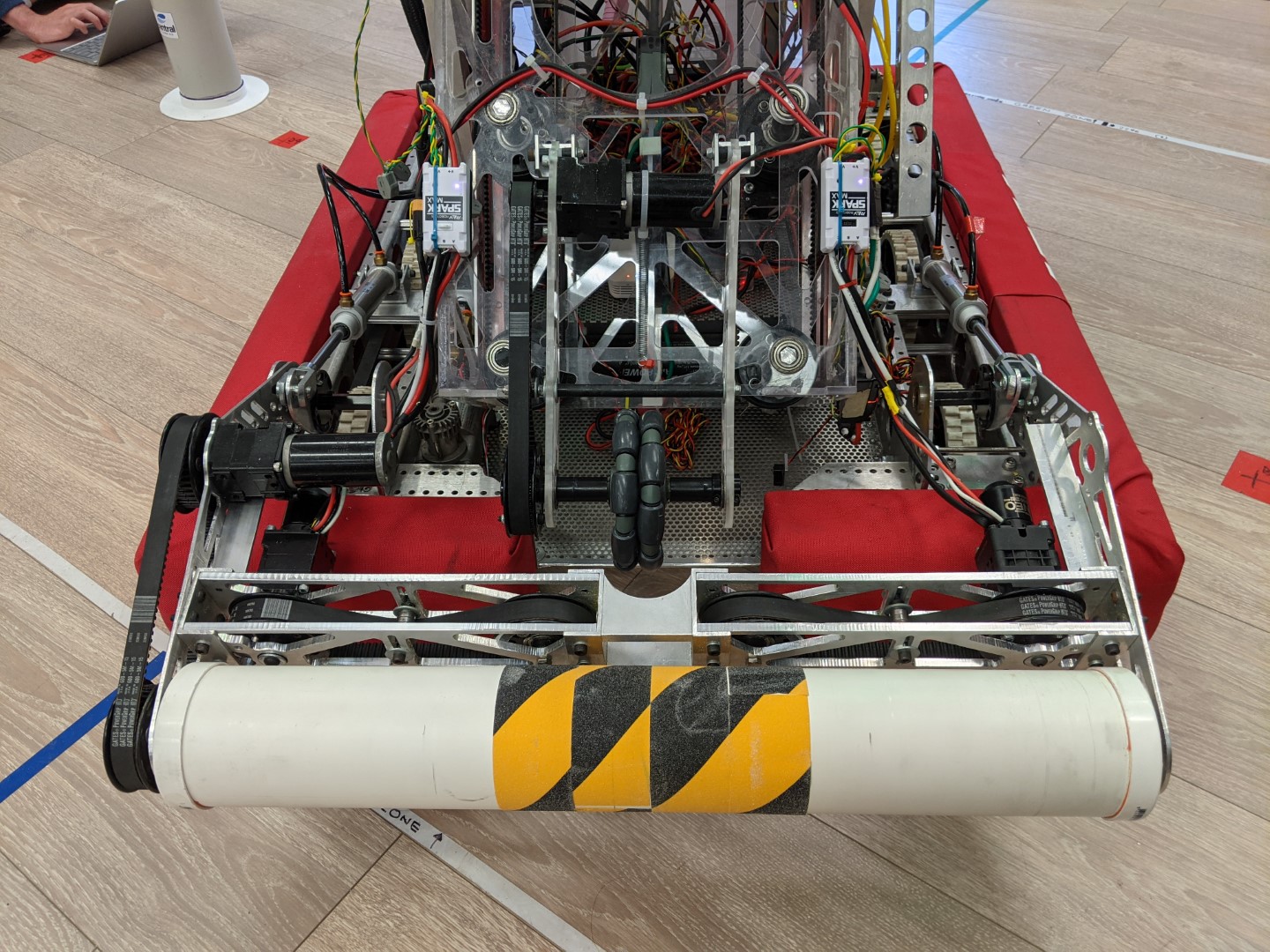 Our climbing system had two distinct parts, a hook (lovingly known as the Kraken) and a winch. Once the robot was positioned below the bar, the drivers would ‘release the Kraken’ and attach the hook to the bar. The winch was then used to hoist the robot off the ground. Once we were airborne, a ratcheting system allowed the robot to be powered off whilst remaining attached to the bar. 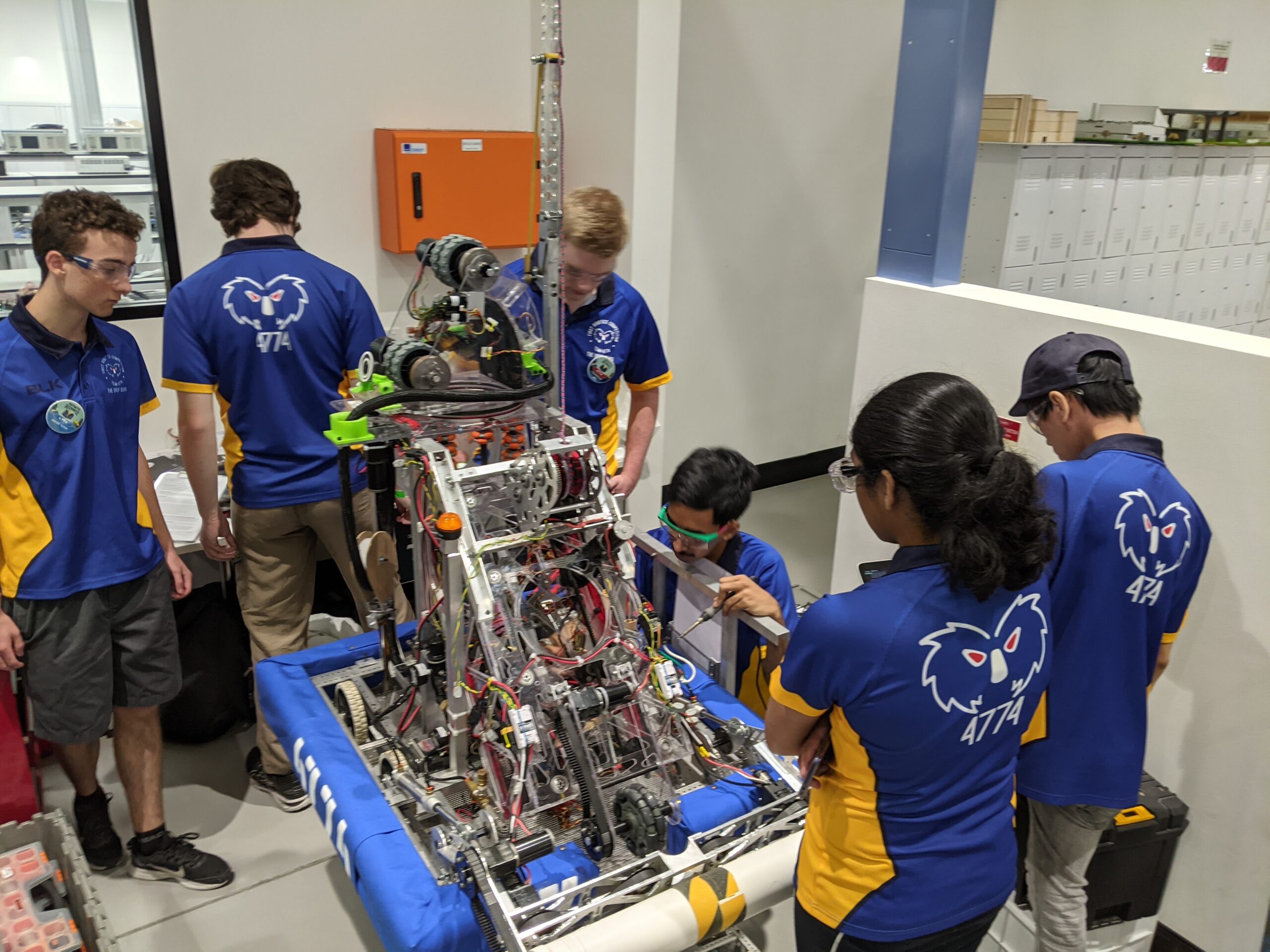 We received the Autonomous award (sponsored by Ford) for the software and hardware configuration of the shooter turret and indexer mechanism.

Celebrates the team that has demonstrated consistent, reliable, high-performance robot operation during autonomously managed actions. Evaluation is based on the robot’s ability to sense its surroundings, position itself or onboard mechanisms appropriately, and execute tasks. 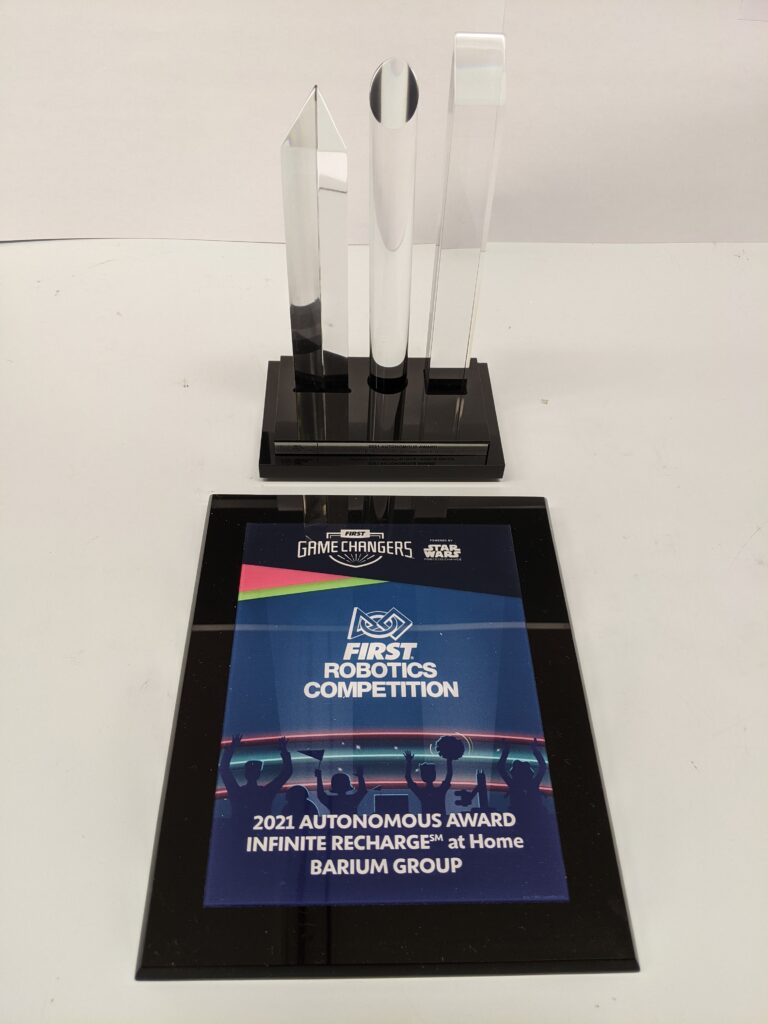 During the 2021 season, there were no official competitions. The team competed at two events hosted by Macquarie University.

Videos of the competition days are on Twitch

Videos of the competition days are on Twitch